skip to main | skip to sidebar

Where will I go?

That is a separate question.
The first one is, what do you do when in the middle of a cooking adventure for some friends coming over in the evening, you and your better half gets into an argument which you think is out of no where but the significant other goes on to justify that its valid enough and situation gets grim?
I don't know what you would do but I being what I am, continued the adventurous :O cooking quietly maintaining peace from one side and once the yummm chole and mughlai chicken was ready, went on to vent out the anger at my poor blog. How? by writing a good bye post to my blog.. how else..
such atyachar on me and my blog and you call me dramaebaaz and nautankey.. hummpphh. :(
Anyways, a dose of chocolates, a dinner with his friends, loads of appreciation for the surprisingly finger licking stuff and an-after-dinner-walk in the dubai summers(just the two of us); by the next day things were normal except for one thing. You guys read and replied on that once-serious now-silly post :P and I did not know what to do.. Someone called me nautanki, someone said its sad. What special do I write here anyways, I thought, but so many of you asking me to be back was something. It was more than enough to make me change my mind but then I wanted to stick to my words too..
And then, whoever ;) spoke about moving to WP provided me the solution there. It just so happened that I had created WP id few months back for Roops FF. So long story short - over the last few days I moved to WP and that is where I would be writing now onwards.. hehe...
Thank you ladies and gentlemen, I would have never moved to WP if not for all this. I found blogger simple and easy to use. But after working with WP during the migration, I have started liking it already.
BTW, I enjoyed the break- quitely reading the blogs and doing some other things including smiling at those lovely messages/mails you sent me asking why/what/how of the last post.. I came back for you guys! Next time such situation comes up(god forbid:P), I am gonna say good bye to someome else ;) HA HA.. & the best thing is- the someone reads my blog and keeps track of the comments more intensly than I do.. as soon as he discovered that post, he too started pestering me to come back and at least reply the comments.. I loved seeing the guilty face of poor him too :P. What fun.
Too much for now I guess.. allz well that endz well.. so!
Now! please come crash in here and tell me how do you like it.. 2 new posts and the silly me is looking for you.
-Good Bye Blogger-
Written by mindspace at 12:17 PM

GOOD! let us know your WP address when you have migrated.

not fair...ur blogger friends lift u up and u move to WP?
:(
do a change of address post, and redirect the link...wud love to follow u there :)

Mridula: Hope you got my email ;)

Rush: :) doesn't really matter where we blog from, does it? I love what you have created on blogger for yourself..

btw i dint get what you mean by redirecting the link.. i did put the link to new blog in the last line.

So long as we get to read your posts,it doesn't matter where is it originating from.

good to see u back...i am a regular reader,even though i don't comment...so keep writing:-)

Awww but I am so glad you are staying!!! And I loved the guilty look .. after worrying all of us I think we deserve a guilty look ;)Now let me hop over to your new blog!

Hi Tara, Hope you enjoyed your long break. Hope the seedlings and plants are doing well.
And wonder those doves are still keeping you company.
Nice to see that you had ventured into cooking and rest.
Have a nice weekend.

Oh yes, we all go thru some phase in bloggin - I guess its part & parcel of life.

HI,
I got that 10 canine commandments pic in my email so i have noooo idea where it came from!

both are good
it does not matter

Its been quite a while that I have been meaning to do this.

Thank You for All that Support Shown to me, every step of the way!!! See You At My New Address

If you want to know more here it is
home business reviews
www.home-businessreviews.com

hi.. just dropping by here... have a nice day! http://kantahanan.blogspot.com/

Hi, Thanks so much for stopping by my blog. I like your style of writing. I have not used any photo editing software for the pictures. The colors in Kauai were truly spectacular!

Thank you so much for dropping by My Dream Canvas and your lovely comment!

Hope you are well.. Do email when you have time.. Take care..

Just happened to come across your blog and really liked your writing style. eanmted to check out your new blog...but can't access it.

Hey Mindspace...thanks for taking out time to visit my blog and leaving a comment...I know you did it for patty ..but even then,...it was really sweet :)

That's really sweet Tara...I am encouraged :)Do join me through GFC if you wish ...then we can be in touch more often ..

I was very pleased to seek out this net-site.I wanted to thanks on your time for this wonderful learn!! I definitely enjoying every little little bit of it and I have you bookmarked to check out new stuff you blog post.
Web Development Delhi

Thanks for sharing the information to build links to sites. It was informative. I need more articles on Wireless Void Phones.
Treatment of Breast Cancer India

Thanks for sharing. This would help me in Diy Pipe Bar Stool 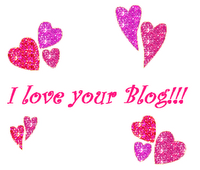 mindspace
Mindspace acts as therapy to me.. In every state of mind, be it of bliss, proud, surprise, being plump, confusion, cry-baby, embarrassment, evil, grump, impatience, mean, obnoxious, sad, even sleepy, if I feel like blurting out something without worrying about anyone listening to me, I come to my blog and pour my heart out. That’s how it started. But now this blog world is pulling me in. I am enjoying people reading me & vice versa. You are most welcome here :) I offer you my little experiences on the journey called life and hey! I give high regards to honest comments on my writing so please do not hesitate to let me know what you think about whatever I write. cheers.